Home / About Me
‹Return to Previous Page

My aim is for you the angler to experience the joy that I experience on the Western Loughs.

…and I am based on the shores of Lough Corrib on the Dooras Peninsula in Cornamona, County Galway where I live on my farm.”

I’ve been guiding on the Western Loughs for 20 years and my first love is fly–fishing which I was introduced to by my father from an early age.”

I love trout, all trout, any size, anywhere. They are my passion and I have devoted a good part my life to their pursuit. Be they wild or stocked, Brown, Sea run or Rainbow, I want to fish for them wherever. I am fortunate to have been born, raised and now live by the shores of Lough Corrib, a lake which I believe to be one of the finest Wild Brown Trout fisheries in the World. For me the Western Loughs and Wild Browns have become my speciality, for this I am truly fortunate”.

Most of his working life has been centred around fishing and it has led to him to being involved with many different avenues within it. Along with guiding he has worked in the Fly-Fishing Tackle industry with both Hardy & Greys and Airflo in the past and is currently the Irish Agent for Fulling Mill flies. He has written extensively for fly fishing publications, both in Ireland and in the UK, having over thirty articles published. A regular speaker and talks presenter he has given talks and presentations at shows and fairs throughout Ireland and the U.K. and has been twice the guest speaker at the prestigious Fly Fishers’ Club in London. For the last couple of years Tom has been the MC at the hugely popular Irish International Fly Fair held annually in Galway which draws anglers from far and wide. He has lectured for the GRETB in Angling Guiding and has been giving Fly Dressing classes for over twenty years.

His involvement in Fly-Fishing has led him to being fishing consultant on two feature films, ‘Love me no more’ by French Director Jean Becker and ‘Calvary’ by John Michael McDonagh which gave him the honour of working with Brendan Gleeson. He also appeared in the Irish language documentary made by Trevor Laffey, ‘Aon Lá Amháin’ which showed the magic of the Mayfly and the importance of angling to a small rural community like Cornamona.

Tom is a fluent Irish speaker and has a working knowledge of German. Tom is also a keen competition angler and has represented Ireland on 9 occasions in World, European and Home Nations Championships. STANIC accredited, he is a qualified instructor in Fly Casting and Fly Dressing. 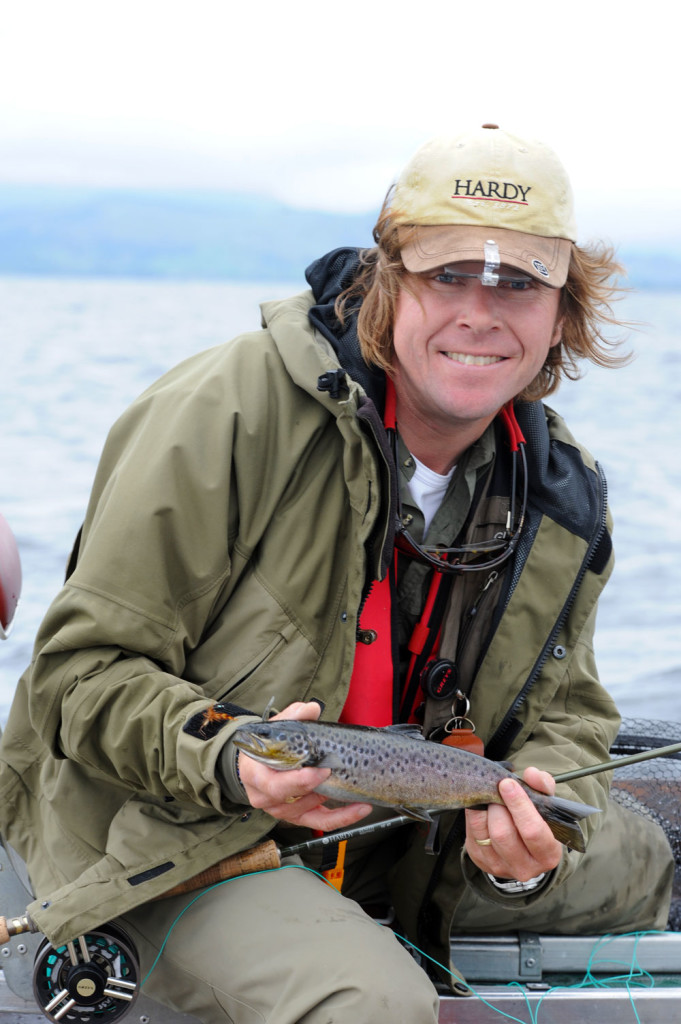